Can you tell the difference between a trumpet and a cornet?

That’s not a trick question. Many people have difficulty telling the two apart.

In fact, the trumpet and cornet are probably the most easily mistaken musical instruments.

They’re both from the brass and wind category, have brass tubing, oblong tubes and a mouthpiece, and are pitched B-Flat.

To an untrained eye, they look like more or less the same thing.

That said, if you’re a professional musician or a musical student, it may very well be one of your pet peeves when someone can’t tell the difference between a trumpet and a cornet.

For the next time someone calls the two instruments the “same thing”, here are some cool facts and differences you can point out.

And if you’re the one who can’t tell the difference between the trumpet and the cornet (don’t worry, I won’t tell anyone), that changes now. Once you get to the end of this article, you will no longer have any trouble telling the two instruments apart.

We will begin our comparison of the trumpet and corner by looking at each instrument and its history individually. After that, we will compare them to each other and figure out which is better for you. 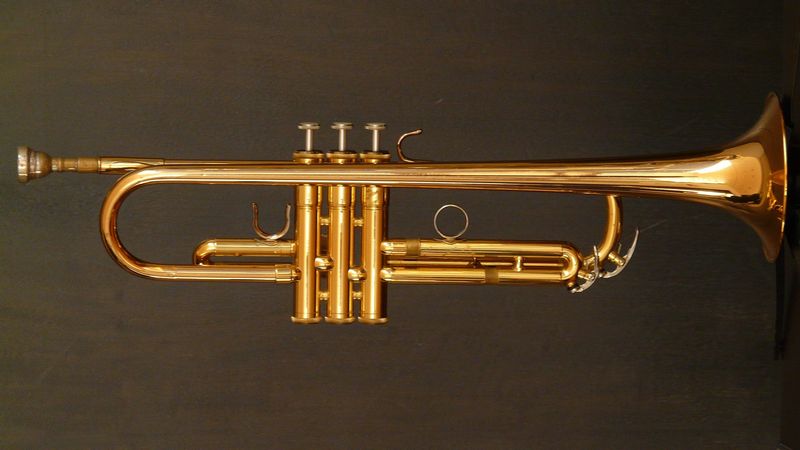 The trumpet is used in classical concerts, popular music and jazz. It has the highest register among brass instruments and is constructed from brass tubing that is bent and molded into an oblong shape.

Trumpet history dates back to 2,000 B.C.E according to some sources. In fact, they were used in religious rituals and have been mentioned in the books from Abrahamic religions.

Initially, trumpets were crafted from animal bones and horns and until the 15th century, they were straight and didn’t have valves.

After the 19th century, musicians began to use trumpets in symphonies and orchestras, and manufacturers like Fides (Spain), Smith & Watkins (England), Getzen (USA), Bach and Yamaha began crafting professional trumpets.

What Is A Cornet? The cornet is also a brass instrument that is used in jazz, concerts and brass bands. It’s compact and has a conical body and narrow tube diameter. It produces sound through the air that’s blown into it and via vibrations in the brass contraption.

The name cornet comes from the word “corne”, which means “horn.” The Latin root is “cornu.” Inspired by the French post horn, cornets were crafted in the early 19th century by Halary (Paris). The first ever cornets were bent into one coil and had double values.

By 1828, Jean Aste brought amendments to the cornet’s model. The cornet was then modeled by Joseph Higham, Boosey & Hawkes, Besson, Lyon & Healy and other notable manufacturers.

In the early 1900’s, cornets came to the United States. For a while, they were used alongside trumpets, until trumpets replaced them in the 20th century.

Today, cornets can still be found in some brass bands in the United Kingdom and the United States. Some famous cornetists are Ruby Braff, Bobby Bradford, Leon Oakley, Nat Adderly and John Phillip Sousa.

A musician will tell you it’s impossible to talk about the trumpet without talking about the cornet, and vice versa. The reason untrained people may easily mix up the two can be attributed to their similarities.

Material: Both the trumpet and the cornet belong to the brass aerophone category. What does this mean? Well, essentially, it means that both musical instruments are made from brass and produce sound when air is blown into them.

The Valves: Both brass musical instruments have three valves and the same configuration. This means that musicians who play the trumpet will be adept at using the cornet because it’s easy to control the valves. They both require the musician to blow air through the mouthpieces and maneuver their fingers over the valves to produce different tunes.

Maintaining The Valves: Both musical instruments require maintenance. The valves need to be regularly oiled for smooth running.

The trumpet and cornet both produce a B-Flat sound. This sound is the most commonly produced one, especially because of the bell shaped body of the instruments.

Difference Between Trumpet And Cornet The following are the major differences between the cornet and the trumpet.

The Bore (Diameter Of The Tubing)

Trumpet: The trumpet has a cylindrical bore with a consistent diameter. Because of the difference in the bore, the trumpet can make a piercing, direct and loud sound; it’s more brassy and energetic, and is therefore great for performances.

Cornet: The cornet, on the other hand, has a conical bore that decreases in size and increases in thickness as it goes up the tube’s length. The cornet produces a warmer sound which is soft and round; it’s pleasing and beautiful and is great for musical solos.

Trumpet: The trumpet plays a b-flat note with the three valves; the valves of a trumpet have manual tuning slides and are done by thumb hooks and rings. Many musicians claim that it’s tougher to play complex pieces on a trumpet.

Cornet: The Cornet also produces a b-flat sound. Musicians say that it’s easier to play fast paced pieces on the cornet because if its ease of use. The valves on a cornet have mechanical triggers at the first and third turning slides of the valves.

Where Are They Used

Trumpet: The trumpet is usually used in orchestral music or jazz performances because of its heavy sound. The distinct sound brings different notes to the concert performance. The trumpet is also used in military bands, and even rock/pop music as “horns.”

Cornet: The Cornet, on the other hand, is usually played in a brass band alongside other musical instruments that are conical in shape. They’re also used in military bands and concerts and are sometimes added to jazz numbers as well. Trumpet: The mouthpiece of a trumpet is long and is the size of a cup. It is ball-shaped.

Cornet: Because the cornet was initially designed to be a little horn, its mouthpiece is long and shaped like a ‘V’. It has a deeper cup than the trumpet and a very unique sound.

Mobility and Ease Of Use

Trumpet: Compared to other brass instruments, the trumpet needs a larger degree of learning and musical intelligence. It’s also a little bulky, which means it’s a little tough to carry around. Pocket trumpets can be a good alternative, though they are generally much lower quality.

Cornet: The cornet, in comparison, is easier to play. In fact, many beginners who are just starting out with brass musical instruments learn on the cornet first, until they get the basics down pat. The cornet is also smaller and more compact, meaning it’s easy to carry around than the heavier trumpet.

Trumpet: The trumpet needs to be broken in when first bought. It also requires that the valves be oiled 2 to 3 times a week, or even daily, depending on the usage. The mouthpiece requires regular cleaning or swabbing to prevent build up. Some trumpets also have to be polished, especially those constructed with a silver finish to avoid compromising on the sound quality.

Cornet: The cornet also needs maintenance. In fact, it requires far more care than the trumpet. The valves need to be soaked in warm and soapy water every two weeks and have to be oiled as well. The mouthpiece also needs to be cleaned.

What Is The Difference Between A Cornet And A Trumpet: Related Questions 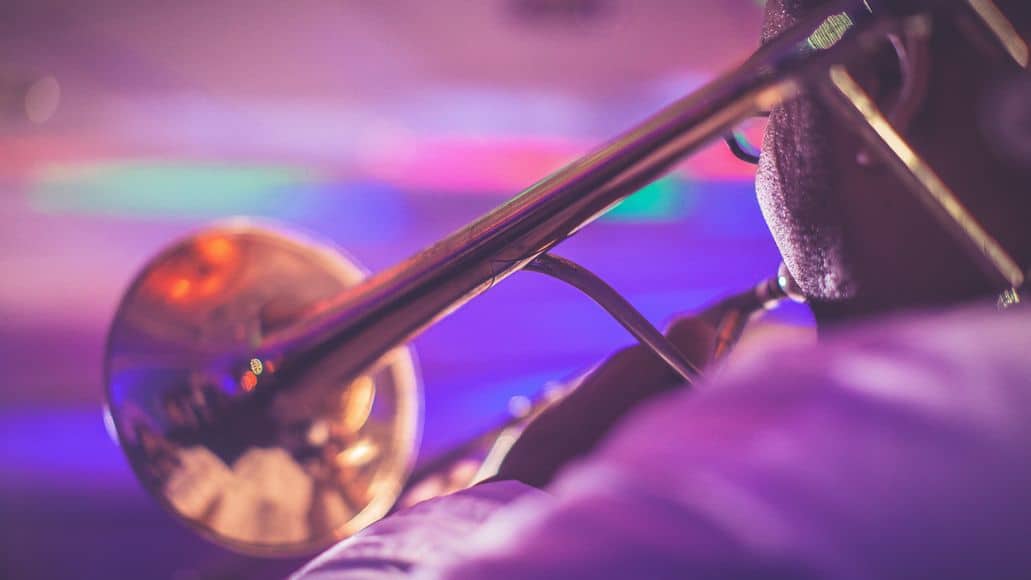 Below, we will answer some common questions related to the differences between a cornet and a trumpet. If you have any further questions, please ask them in the comments below.

Which Is Easier To Play: The Trumpet Or The Cornet?

Most consider the cornet easier, especially for young beginners. The bending of the leadpipe to the 3rd valve is shorter on the cornet. As a result, air travels through it more quickly, which makes it easier for children to learn on. The tighter wrap also brings the instrument closer to the body, making it more comfortable for a smaller player, like a child.

On the other hand, it is easier to get a powerful sound out of the top trumpets. Bottom line: the differences are very slight and any good player will be able to switch between the two without major difficulties.

What Is The Oldest Brass Instrument?

The trumpet is the oldest brass instrument. The earliest examples of trumpet-like instruments date back to 1500 BC. Back then they were used for signaling during battle or a hunt. They weren’t used to create music until the end of the 14th or the beginning of the 15th century.

Why Are Trumpets Made Of Brass?

Brass is made by mixing zinc and copper. It offers a number of benefits that make it ideal for use in wind instruments.

For one, it produces rich tones. If copper were used instead of brass, the trumpet would produce a dead sound.

Another reason is that brass is easy to mold. The complex shape of these instruments requires a metal that can easily be shaped into intricate components. While being malleable, it also needs to be tough enough to withstand heavy use. As an alloy, brass is a fortified metal that can withstand a beating.

Why Do Some Trumpets Have 4 Valves?

When you see a trumpet with 4 valves, it is most likely a piccolo trumpet. The piccolo is the smallest instrument in the trumpet family. It has only half the tubing as the regular trumpet and is pitched an octave higher. This is not to be confused with the pocket trumpet, which is also smaller, but pitched in the same key as the regular trumpet.

The fourth valve lowers the pitch by a fourth, which extends the low range of the piccolo. It also gives you alternate fingerings and improves the intonation for some notes.

What Is The Difference Between A Trumpet And A Horn?

There are a number of differences between the French horn and the trumpet. The most obvious are immediately apparent just from looking at them.

The French horn is larger and the tubes are coiled in a circular shape, while the tubes in a trumpet are bent twice into the familiar oblong shape.

While the trumpet and the cornet are two of the most commonly mixed-up instruments, there are actually a number of instruments that are very similar to the trumpet.

The last two questions in the FAQ above mention the piccolo trumpet and the French horn, for example. This article covers all the different types of trumpets and trumpet-like instruments.