Changing your guitar strings can be a pain.

But it’s something you have to do.

And if you are a professional guitarist, it’s something you have to do quite often. In fact, it is a part of the job, just like the actual playing.

But there is no hard and fast rule for when to change your strings. How often you swap strings depends on a number of factors.

Let’s take a look at those factors to help you figure out how often you should be changing your strings.

We’ll also give you some tips for extending the life of your strings, so you can at least somewhat reduce how often you have to replace them.

How Often To Change Guitar Strings

How do I know when my guitar strings need changing? It depends primarily on two factors: how often you play, and how fresh and bright you need your strings to sound. You can treat this as a guideline:

Bear in mind, this is a very subjective matter. Your personal preference is what matters most.

For the sake of this article, we’ll be addressing changing strings for a fresh, bright tone. If you want a deader, meatier tone, you won’t want to change your strings as often. Also, if you regularly use different guitars, your strings won’t lose their brightness as quickly.

But before we get into the specifics of when to change your strings, let’s find out why you need to be doing so.

Why Should You Change Your Guitar Strings? Just like anything else, guitar strings degrade. They age, get dirty, and rust. It is possible to extend their life and keep them fresher for longer (more information on that later), but you will have to change them eventually.

It’s just a part of playing the guitar. Oils and dead skin from your fingers layer onto the strings, along with sweat, and general dirt and dust. Over time, this dulls the strings, and with it, the tone.

This deader tone sound vastly different to fresh, bright strings. While it does appeal to some or could simply be worth experimenting with for a recording, eventually it will dull to the point where the strings need to be changed no matter what.

Another reason you need to change your strings is because they will likely keep going out of tune. When strings get older, they don’t hold tension as well. They need tension in order to stay in tune.

Finally, probably the biggest motivator for changing your strings is the imminent danger of the old ones breaking. You’ll start to feel your strings stiffen and you won’t be able to bend them as much or as easily as you would new ones. This is because they have started corroding. This will eventually lead to them breaking. They might not break at the first sign of tightness, but they will snap soon after. And you definitely don’t want that to happen while you’re playing live.

You will probably not need to change strings if you hear a buzzing or humming. This is generally due to one of two things: either the strings are too close to the frets or the guitar is not grounded. Our article on grounding your guitar properly will help you with that issue.

Now, let’s get into when and why different types of musicians might choose to change their strings.

How Often Different Types Of Musicians Should Replace Their Strings

How often should you restring a guitar? The biggest factor in how often you need to replace the strings on your guitar is simply how much you use it, and in what setting. Basically, professional guitarists will need to change them far more often than amateurs.

Guitarists On Tour Or Those Who Gig Daily

Every part of your guitar needs to be in peak fighting condition when you’re constantly playing live. That goes doubly for your strings. And strings will always be at their best when they’re new.

You should change them before every gig. Or at least every other gig, as long as you feel comfortable that they’ll last and perform perfectly throughout the entire set. Remember that your strings staying in tune is important to playing a good show. If you find yourself tuning them too often during a set, and it’s been a few shows since you’ve put a fresh set of strings on, you need to change them. And you should probably increase the frequency with which you change them going forward.

Keep in mind though, that new strings are also prone to going out of tune because they still need to be stretched out. If you change them prior to a gig, make sure you leave enough time for the strings to stretch out enough to hold their tune.

A concern for touring and constantly gigging guitarists is an old string breaking in the middle of a set. If you can’t change strings quickly, or don’t have another guitar at the venue, this can be a huge time waster for you and your audience.

This is not a good look for you, or for your band, if you play together with others. Changing your strings regularly, especially if you travel with your guitar a lot, minimizes the chances of this disaster happening. 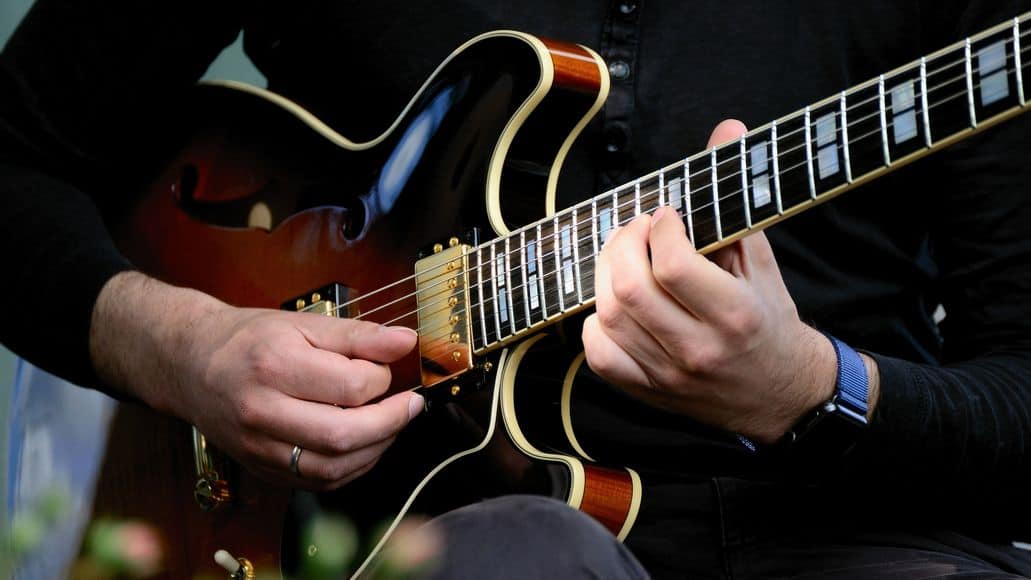 We recommend professional session musicians change their strings at least every week, especially during a busy period. Your talent, and how you project that talent, is more than just your passion.

It’s your livelihood. You’d do well to make sure you sound as perfect as possible, as often as possible.

Make sure you change your strings before going into recordings, and as many times as necessary during recording. Fresh strings are absolutely necessary for recording.

Producers tend to strongly insist on them. And it makes sense. You want your recordings to reflect the best of your sound, and that’s easiest done with new strings.

The only time you should consider not changing your strings before recording is if you’re specifically looking for the more muted sound you get from old, deadened strings.

Players Who Practice Seriously And Often 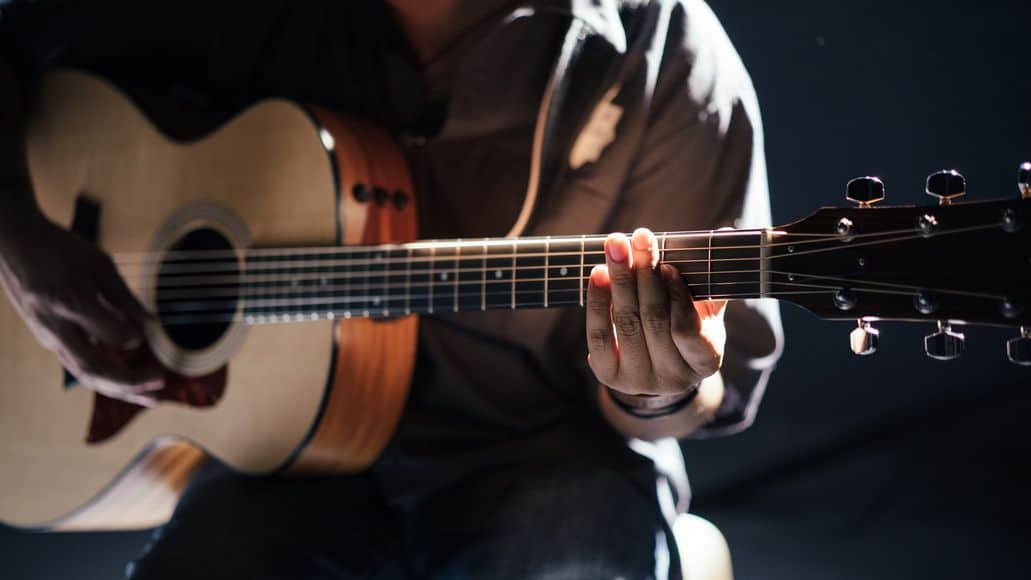 Changing your strings once a month is about right if you practice regularly. Even if you’re practicing in anticipation of a tour, gig, or recording, you can go ahead and let the strings get a bit older.

Don’t let them get too old though. New strings play quite differently to old ones, meaning you’ll be practicing a sound that won’t necessarily be reflective of what you will hear with fresh strings.

Fresh strings are also just easier to play on. The grime, rust, and corrosion on old strings doesn’t allow your fingers to slide across the strings as easily as they can on new ones. You could actually be doing yourself a disservice by practicing on strings that are too old. 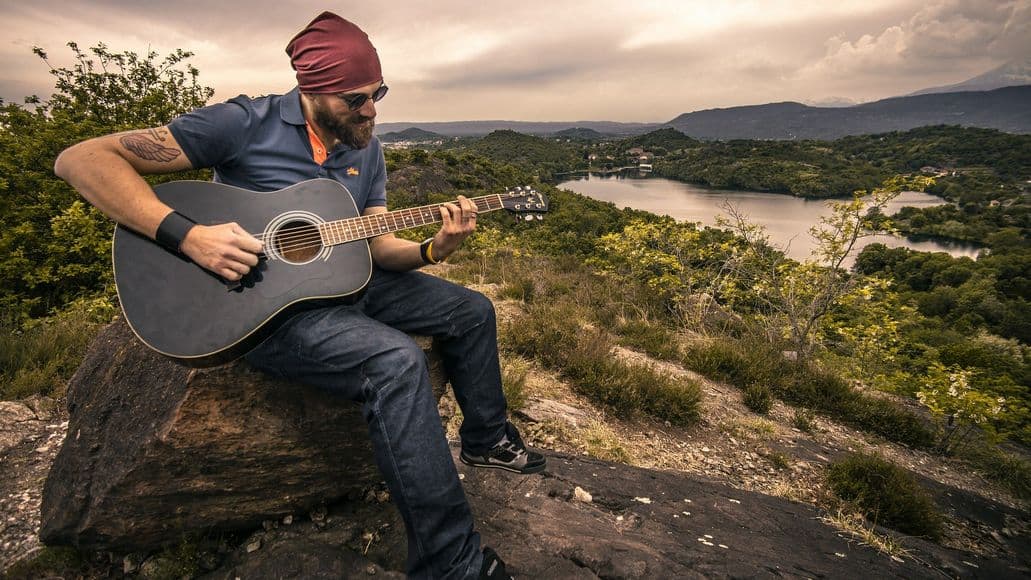 If you aren’t practicing hard every day, and you don’t have a recording or tour lined up, you’ll only need to change your strings every three months or so.

The strings will obviously get dirty over this time, but far less so from the oils and dirt from your hands, and more from general dust. If you clean them, which you’ll find out more about below, you shouldn’t have too many issues.

However, if it feels like they’re starting to grate at your fingers when you play your favorite easy metal riffs and you can’t play for extended periods of time because of the pain, you should consider that a sign to change them.

How To Extend The Life Of Your Guitar Strings?

There are a few things you can do to extend your strings’ lifespans.

The first is really quite simple: wash your hands. This will clean some of the oils and dirt from your hands, before they have the chance to transfer to the strings.

Clean your strings before you play guitar, and straight after, every time you play. There’s a quick way to do this, and a way that gives you more of a deep clean.

The quick way to clean your strings is to just wipe them down with a microfiber cloth. It might seem trivial, but you’d be surprised how much of a difference this can make. But it only takes a bit more effort to clean them properly, so why not just do it?

Using a damp microfiber cloth, pinch a string between your thumb and finger, and run the cloth up the length of the string and back down. Repeat this a few times on every string.

For this last step, you can use a string cleaning tool instead of a cloth, if you have one. They basically work on the same principle.

Once you’ve cleaned your strings, you also have the option of putting lubricant on them. This is a contentious issue though. Some see lubrication as beneficial, while others feel the opposite. It’s really down to personal preference. Cleaning your fretboard could also help with the upkeep of your strings. Fretboards get dirty too, and since the strings make a lot of contact with the fretboard, it plays a part in dirtying your strings.

It is easiest to clean your fretboard with the strings removed, so we recommend cleaning it whenever you change strings.

Make sure that the pickups are covered. You need to use a very fine steel wool to clean the grime off your fretboard and the little metal fibers could get stuck to the magnets in your pickups. You can use masking tape to cover them.

The type of strings you use plays a part in how long they last. Coated strings last longer than strings that aren’t treated. There are many brands and gauges of coated strings, so you won’t have a problem finding them.

The easiest thing you can do to extend the life of your strings, is to keep your guitar in its case. Your case is the ultimate protection for your guitar. It keeps moisture out and stops dust from dirtying your strings. Not only will the strings last longer, but you won’t have to clean your guitar as often either.

As you can see, how often you need to swap out your guitar strings depends on a number of factors. And you control some of those factors, which means you can reduce the frequency with which you need new strings.

Our tips on extending the life of your guitar strings will reduce the number of times you need to change them.

But it won’t reduce it to zero. No matter what, you will always need to change your strings, and if you are a professional guitarist, you will want to change them quite often. You’ll also want to get the best strings for your guitar, be it a Fender strat, A Les Paul, or any other model.

It’s best to just consider it a part of the job. After all, what’s the point of buying the best electric guitar for the money and then playing it with dull-sounding strings.