When the (in)famous growl first began appearing in heavy metal music, it had many naysayers. They considered metal “just screaming and noise” that requires no real musical talent.

But vocal growl slowly became more accepted by the mainstream. And over time, it changed the way we approach vocals in modern rock and metal music.

And let’s get one thing clear right away: it certainly does require talent.

Since you’re here, you must be interested in learning how to death metal growl. Or perhaps you want to learn how to sing growl for a different genre.

Growling is far more than just aggressive mindless screaming, and the technique can give a new dimension to your voice in any genre where you might want to add a rough edge to your otherwise clean singing.

So let’s learn how to add growl when singing, and how to do so in the right way, to ensure you sound great and keep your vocal folds healthy at the same time.

While a guitar player might spend a ton of money on pedals, you can add effects to your voice without purchasing anything. In the same way a guitarist uses pedals to add distortion, you can apply this effect to your singing voice in a completely “organic” way. And just like distorted guitars, a distorted voice is not limited to just heavy metal.

While it is true that growling is usually associated with extreme metal subgenres, like death metal and many of its subtypes, you also hear this vocal technique in classic heavy metal and hard rock, as well as some other genres.

Growling vocals might not be as prominent in genres outside of death metal, but they’re still there.

Singers in other genres simply don’t go full-on with their distortion. They tend to add just a touch of “fried” flavor to their singing. You won’t hear a pop singer do a death metal growl, but you can sometimes hear them add just a bit of that distortion to their voice.

How To Growl Sing: What’s Involved

When done properly, the growling effect does not involve much use of your vocal folds. In some cases it does not use them at all. This effect is actually a result of the interaction between a few different elements. These include the airstream, your vocal cords, and your vocal tract.

The airstream is the main power source when singing. Vocal folds require a constant stream of air in order to produce sound. What electrical power is to a guitarist, airflow is to singers.

Vocal Folds And Other Parts Of Your Vocal Tract

Your cords are the main source of sound when working in combination with the airflow. As the air flows through them, the vocal folds vibrate and produce sound. A clean sound.

We’re able to create an additional “rough” sound on top of clean vocals by using other parts of the vocal tract. You might have heard of “overtone” or throat singing, a practice for which Tibetan monks and Inuit singers are famous. They actually use similar techniques to modern metal singers. All of these “overtones”, or additional sounds, are what we’re interested in here. The growling, or any other kind of additional sound, comes from the implementation of different parts of your vocal tract, in addition to the vocal cords.

Vocal Tract As A Resonator

Last but not least, your vocal tract also serves as a resonator that further amplifies sounds that your vocal cords and other parts are producing.

All of these three elements work hand-in-hand to create quality growling vocals. It is up to you to practice and ultimately learn to coordinate everything, in order to produce this effect.

How To Do Death Metal Vocals And Other Types Of Growling There are a few ways to achieve so-called “death growls” as well as regular growls in conventional singing. It all requires coordination between the different components mentioned above. And a great deal of practice.

And no – it’s not a good idea to “roughen up” your voice with alcohol and cigarettes. It might have helped Lemmy Kilmister to some extent, but that’s a whole different story.

Get Your Clean Singing Down First

Before getting into growls, you need to sort out your clean singing first. Once you’re confident in your regular singing, then you’re free to move on and add additional effects on top of it.

When it comes to practice sessions or performances where you will be growl singing, it is important to warm up with clean singing first, and then slowly add the growls only after your vocal cords have been properly warmed up. 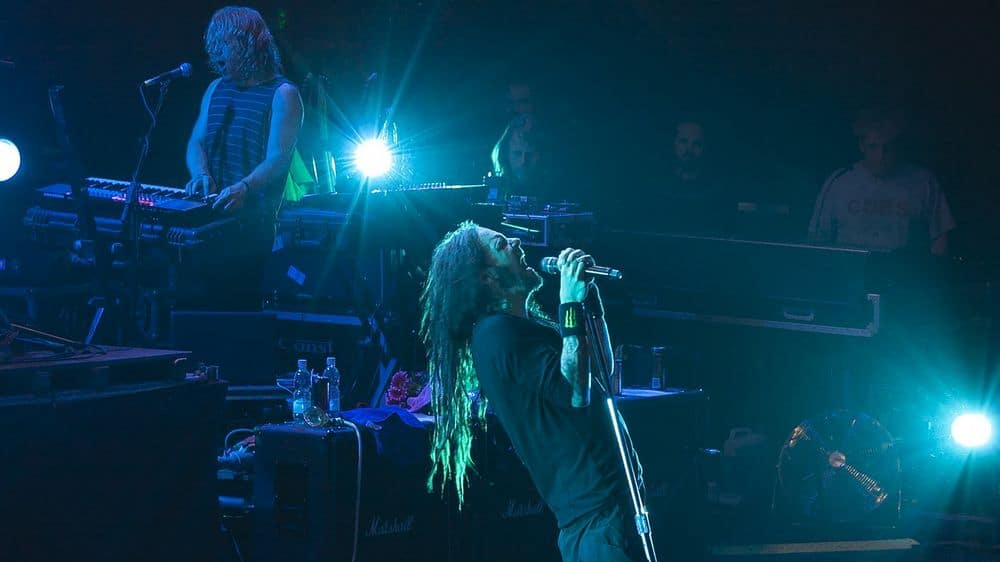 One of the main ways of achieving a growl sound is through exhaling. Here’s how you do it.

Stand or sit with your back straight. Posture is really important here. The correct positioning of your lungs, diaphragm, and abdominal muscles will help you maintain sufficient airflow.

Begin with shorter hums, sort of like bursts. If you’re completely new to these techniques, putting your hand right below your ribs will help.

After humming in these shorter bursts for a while, you’ll notice that you’re using your abdominal muscles and diaphragm. As you hum, slowly build up the volume, but not over the limits where it feels uncomfortable.

Once you’ve got this down, move on to the next phase where you’ll need to pull your tongue back as far as you can. Repeat the exercise while opening your mouth as if you’re pronouncing the letter “O.”

You’ll notice that the harder you hold your tongue back, the more pronounced this growling effect will be. It will still be somewhat quiet, but make sure not to push too hard on the volume level until you feel comfortable enough to move on.

Next, you’ll want to add some meaningful context to your growling. You’re still far from artistic expression. This is just about pronouncing individual syllables of any kind and slowly adding varying pitch to the vocals.

While the technique above is common even outside metal, the inhaling technique is all about extreme metal. It’s the kind of a pig-demon-like sound you hear in those bands with ridiculously gory and vulgar names.

This is basically the exact reverse of the process above: you hum while inhaling, instead of while exhaling. After a while, try and open your mouth with the same “O” shape, all while holding your tongue back. It’s a bit trickier than exhaled growls. Moving on to more conventional singing: adding “dirt” or “fry” to clean vocals in pop or rock music is slightly different. It involves more vocal cord work than the extreme metal approach.

First, you start by producing those fried sounds while pronouncing vowels. Try and imitate the sound of a buzzer. Go steady with it and make sure not to strain a lot. It is also important to hold your posture and exhale, exactly as explained above.

Next, try and move your singing from your throat into your nasal area. Now here comes the trickier part.

You need to tighten up your pharyngeal muscles (the muscles you use to swallow) a little, but still maintain a sufficient airflow over your vocal cords.

It will feel hard at first, but you can practice by singing clean notes and then slowly tighten up these muscles to a point where you start hearing distortion, characterized by a “raspy” tone.

Relaxation Is The Key

While the different kinds of growling and raspy voice effects make it sound like you’re straining, they’re actually all about relaxation. In fact, if you feel any strain, you are not using the proper technique. Is growling the same as grunting or screaming?

You’ve probably heard many different terms referring to vocal effects, like growling, grunting, screaming, vocal fry, “raspy” voice, and so on. Names and classifications might differ, but we use similar techniques to create all of these effects, so they are by and large the same.

Is growling the same thing as “rasp”?

It depends on who you ask, but basically, yes. Some would classify all of these “dirt” vocal effects as distortion and would sort them into categories like growling, squealing, rasp, fry, squalls, and others. The effects and techniques are very similar, and for the purpose of this guide, we classified them all as growling.

Can you damage your voice by growling?

Even though growling sounds damaging, executing it properly should do no damage to your vocal cords whatsoever. However, hard strains and creating distortion only through your vocal cords can result in permanent damage.

It’s vital to always care for your vocal cords. That means warming up. Drinking warm tea with honey always helps, too. And don’t try growl singing when you have a cold or are otherwise sick.

Are growling vocals difficult to do?

Every singing technique and singing style is difficult if you want to do it right. No matter the genre and what you’re aiming for, it all requires a great deal of practice. And to achieve professional levels, you’ll need to get professional tutoring. But once you’re there, you’ll be able to do growling with ease.