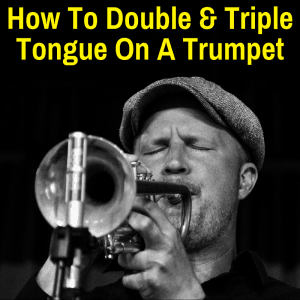 Learning how to double tongue on a trumpet can seem impossible.

And do you really need this technique? Let’s not even get into triple tonguing!

Well, you don’t need it, no. You can play any song using single tongue.

But if you want to increase the speed at which you can play, single tonguing just won’t cut it. It is simply too exhausting.

To truly play the trumpet like a pro, you’re going to have to learn to double tongue.

The good news: anyone can do it.

Yes, it’s a challenge. A big challenge. But if you take it one step at a time and keep at it, you will eventually get it down. And then it will seem easy to you.

And it will open up a whole new world in terms of what you are able to do with your trumpet.

So let’s get to it. Before we actually start learning how to triple and double tongue, let’s take a closer look at why it is worth all the effort to learn these difficult techniques.

Why Learn To Double And Triple Tongue On The Trumpet? 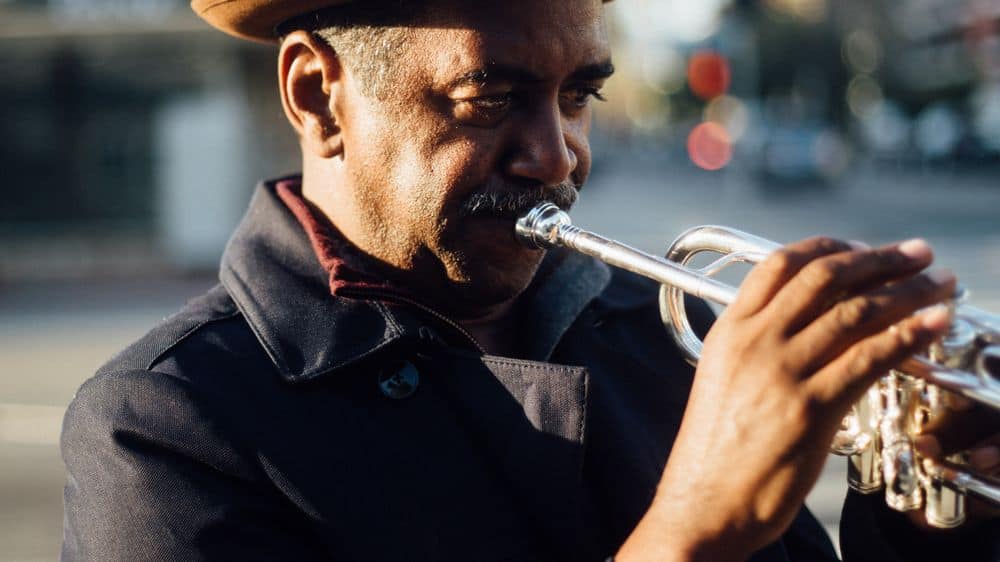 There are many types of articulation such as legato and staccato. All of these help a trumpeter determine their own style of playing. On that most trumpet players want to learn is how to double and triple tongue.

Learning these techniques allows them to be able to play each note better. They also help trumpeters play faster tempos effortlessly. But you will have to practice this method on a daily basis to really enhance your playing abilities.

Speed is another advantage of the double and triple tongue techniques. When playing a certain fast tempo, single tonguing is not always feasible. Triple or double tonguing allows you play a series of notes at a faster tempo.

These techniques were used by trumpet playing legends like Jean-Baptiste Arban and Herbert L. Clarke to perform extremely difficult solos. Both played the cornet, but a cornet is mostly identical to a trumpet, with a few differences.

Over time, most modern trumpeters have ignored or forgotten these techniques, in large part because it takes much time and effort to perfect them.

Despite the difficulty, I recommend you try to learn the double tongue method. It is a worthwhile investment of your time, if you want to take your trumpet playing to a truly professional level.

How To Double Tongue On A Trumpet

Before you learn multiple tonguing methods, you must first master the single tongue technique. Constantly placing the tongue in different areas of the mouth can cause a lot of confusion, so it is essential to be absolutely flawless at single tonguing before you try to learn other methods. 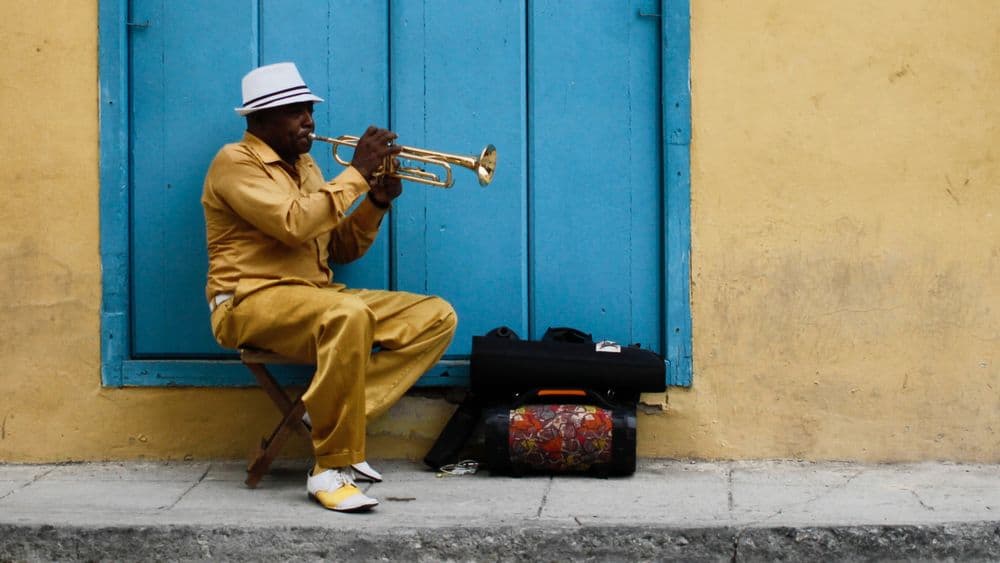 It is best to take a simple approach in the beginning. Teachers often tell students to say “Tu” whenever the tongue hits. According to Jean-Baptiste Arban, it is really important to keep in mind that the stroke of the tongue is merely an expression. It does not actually strike.

Instead, it does a retrograde movement. This essentially means that the tongue behaves like a valve. The speaking of the word “Tu” helps to determine the attack of the sound, but the tongue only releases the air, and the way it is released determine the type of articulation.

You don’t want to actually stop the airflow. You simply interrupt it with the tip of the tongue in the front of the mouth.

Begin by practicing this movement on one note, until you have it down perfectly. You don’t want to have to worry about finger motion at this point. Focus only on the tongue. Once you’ve got it nailed, then you can move on to different pitches and then to scales and exercises based on scales.

Once you have a solid single tongue technique, you can proceed with learning multiple tonguing. Again, take it one step at a time. Learn the double tongue method to perfection, before moving on to the triple tongue method.

When you used the syllable “Tu” above, you were controlling airflow with the tip of the tongue. Now you want to use the syllable “Ku”, which is produced by the back of the tongue blocking and releasing air against the roof of the mouth.

Note that some teachers use the two syllables “Ta” and “Ka” and some use “Te” and Ke”. Others use the softer “Da” and “Ga”, “Du” and “Gu” or “De” and Ge”. All achieve the desired purpose. Use whichever air feels easiest to you.

Begin by practicing the “Ku” sound without an instrument until you really get a feel for it and how the airflow works. Then repeat it with the instrument.

Follow the exact same steps as you did for the “Tu” sound when practicing your single tonguing. Don’t move on until you’ve got the “Ku”, i.e. the use of the back of your tongue to control airflow, down.

Just like everything else in life, this technique will seem difficult when you first learn it. Initially, the sound of “Tu” and “Ku” might sound very different to you while playing. This makes it challenging to use it in a song.

The best way to prevent this is to practice, practice, and practice! Don’t apply this to a song until you can make the “Ku” sound just like the “Tu”. They should have the same length, sharpness, dynamics, and space between them. They should sound identical. It will sound dull at first but with some practice, the note will become short and sharp.

After you have the two sounds sounding similar, you need to practice alternating between them quickly. Start by playing four “Tu” syllables in succession, followed by four “Ku” syllables. Once you can do that perfectly, play two of each in a row. Then switch to alternating each note.

You want to keep practicing this technique until you can do it effortlessly. Using it to repeat notes up a scale is a great way to practice, before actually using it in a song.

Being able to switch between the two every note helps save energy in repeated notes and fast runs. Repeating the same syllable over and over is incredibly draining and switching alleviates that.

It gives you more speed when tonguing notes to a fast tempo. Even though the front and back areas of the mouth are used for this technique, the tongue actually moves up and down, not forward and backward. It is an easy movement to make, once you get it down.

When you are finally ready to apply the double tongue technique to music, be mindful of the following.

Make sure every double-tongued note sounds completely single tongued to the listener. The song should not sound any different just because you are using a new technique. Here is how to master any song using this method.

The first time you play any song, use the regular single tonguing method. If you can play it fast enough with the single tongue technique, there is no need for changes.

You don’t have to use the double tongue method for every song you play. If it sounds good enough using the single tongue method, then you can stick with that.

Take It One Step At A Time After you’ve gotten the song down using the single tongue method, practice the whole song using only the second syllable. You will never actually perform an entire song using only “Ku” sounds.

But practicing the “Ku” on its own polishes your ability to play with the second syllable and helps you make it sound exactly like the first one.

Practicing it like this means you will be able to use this syllable more cleanly and smoothly in your performance. It also helps you identify the ranges where it is difficult for you to use this syllable. This information is useful in deciding whether to use the double tongue in a song.

Master The Double Tongue Technique In A Song

The next step is to play small sections of a song while switching between the two syllables. Once you are able to play a small piece with both sounds, you can start practicing the complete song.

At first, you will probably be slower than usual at playing the trumpet. It also won’t sound crisp and clear. This can be demotivating, but you need to push through it.

The more you practice, the faster and cleaner you become at using this method. So continue practicing until you are able to pronounce both the syllables together perfectly.

Eventually, this technique will become effortless for you to use. You will be able to incorporate both syllables to play much faster.

Once you become good at it, you will want to use the double tongue method in many situations. It will change your ability to play fast tempo songs.

Difference Between Double And Triple Tonguing

The two techniques are basically the same. Both use the two syllables “Tu” and “Ku” (or any of the other combinations mentioned above). The only difference is that you tongue at the front of your mouth (the first syllable) twice and then at the back (second syllable) once.

This technique comes in handy when you need to play a fast passage that is in groups of three. Practice triple tonguing in the same way you practiced double tonguing: by taking it one step at a time.

Following the blue print in this article will help you learn the double tongue and triple tongue techniques much faster, and ensure you learn to do them correctly. Just make sure to practice them on a full Bb trumpet, and not a smaller pocket trumpet.

It is true that these techniques are a great challenge for most beginner-level trumpet players (I’d advise new players to begin with these trumpet exercises for beginners). Many new trumpeters find double tonguing funny to practice initially and almost impossible to actually apply. It can feel like it is impossible to even use it when actually performing a song.

But it isn’t impossible. If you work hard, keep at it, and are dedicated to learning how to double tongue on the trumpet, you will master it before too long. Who knows? You may even become the next Herbert L. Clarke or Jean-Baptiste Arban.

And once you do, you will find it to be an incredibly useful too in your arsenal. Being able to double tongue and triple tongue will improve your trumpet playing skills and allow you to play the trumpet faster and better than ever before.