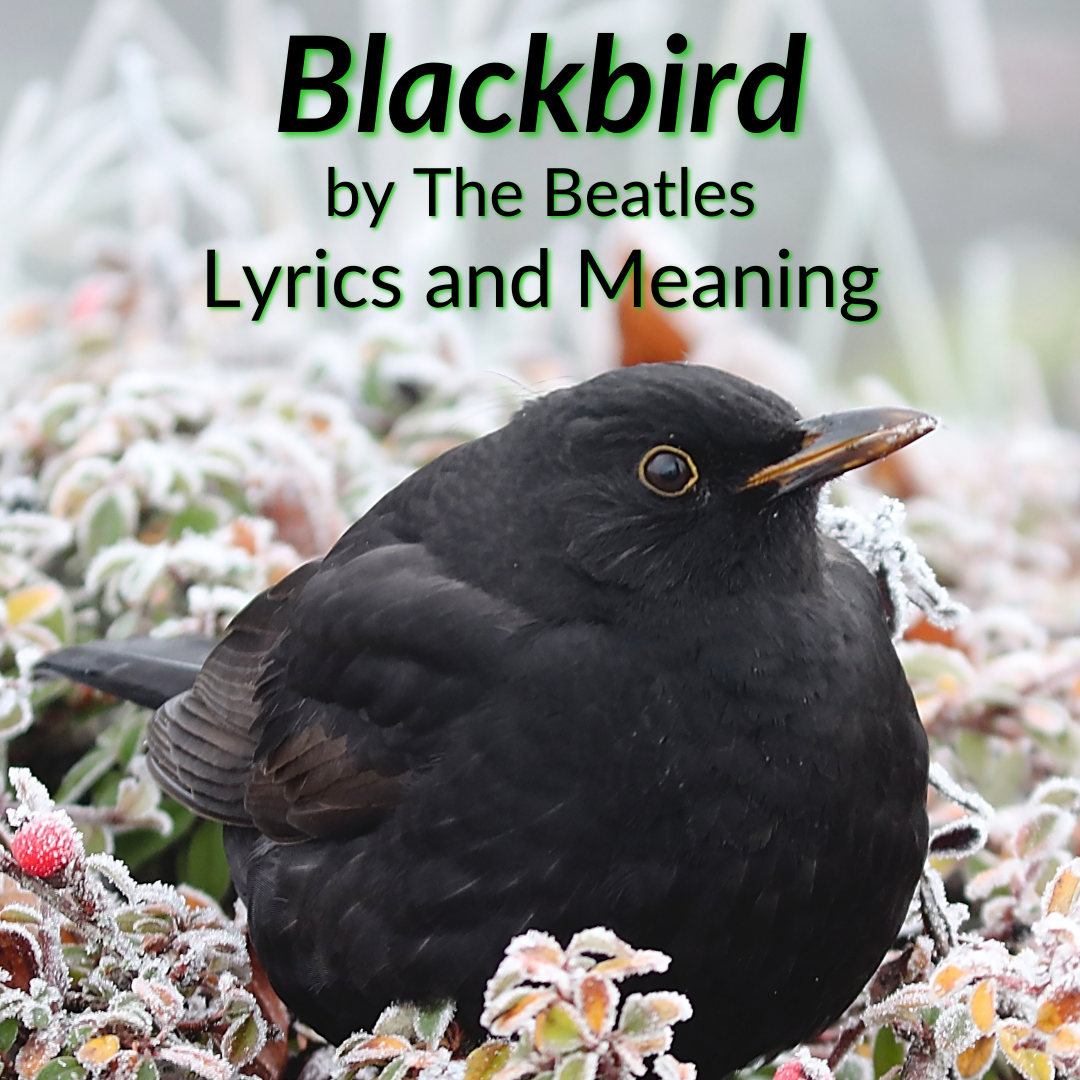 The song Blackbird by The Beatles is a great example of that.

It was one of the British band’s songs that Charles Manson latched onto.

He understood the Blackbird lyrics meaning to be prophesying an apocalyptic race war that would leave him and his cult in charge.

And he had his followers commit murder to help bring that war about.

Obviously that interpretation is quite different from what normal people get out of the song. And it’s certainly different from songwriter Paul McCartney’s own explanation.

Keep reading to learn what the lyrics to Blackbird are actually talking about.

Paul McCartney wrote the song Blackbird in Scotland in 1968. He wrote it in response to the race riots in Little Rock, Arkansas that were incited when the federal government ordered the desegregation of the Little Rock School system.

The only sounds in the song are Paul McCartney singing, his guitar, his foot tapping, and the occasional background tweeting of birds. Let’s take a look at his lyrics, before diving into the meaning behind them.

We’ll begin with the song title and break down its meaning, before getting into the lyrics themselves.

‘Bird’ is a term used in England to refer to a young woman or girl. Given the societal struggles at the time the song was written, it can be inferred that McCartney was addressing the African American community, making the song Blackbird an ode of support and inspiration to a black girl/the black community.

It is also considered to be referencing children in general, not just a girl or a woman. This theory connects the trials and tribulations of the Little Rock Nine as McCartney’s muse for the song.

The line “Take these broken wings and learn to fly” references the struggles of the African American community during the social justice movement in the United States.

The community was segregated and treated as less than human by locals, the government and legislative leaders. This line was meant to inspire the listener to overcome fear, sadness, and injustice and to be amazing despite others holding you back.

You were only waiting for this moment to arise

As the first 9 African American students to attend the all-white Little Rock school in Arkansas, these children paved the way for social equality in school systems.

While the federal government’s order allowed their attendance, the bravery of the Little Rock Nine to face adversity and hate, in order to gain a better education, was revolutionary.

You were only waiting for this moment to be free

The line “you were only waiting for this moment to be free” means that despite the riots, social justice is shifting. Now that the government is beginning to provide equal rights to all races, there is an opportunity for the efforts of the social justice fighters to make a difference. This line alludes to breaking free from oppression and the chance to rise out of a bad situation.

Blackbird singing in the dead of night

This line has both an ominous and romantic quality to it. We can interpret it as meaning that, while African Americans may feel voiceless in the onslaught of race riots and social injustices, their voices are being heard.

This could be an encouragement to keep speaking their truth and to keep fighting for what is right. We could also interpret it as a line of encouragement: to never give up and keep moving forward.

“Blackbird fly, blackbird fly” is an encouragement to push on and continue to fight for the justice the African American community was denied. Despite pushback, violence, and riots, the Little Rock Nine still went to school and completed their studies.

We can interpret this line as saying nothing can hold you back and that a better future is within reach. Just continue to “fly” above those trying to stop your progress.

Charles Manson was a psycho, so we all knew his interpretation of Blackbird by The Beatles was way off. Just in case we didn’t, Paul McCartney himself has explained what he was thinking when he wrote it.

He said he was thinking about the fight to end segregation in the US at the time. He told us to take the title ‘Blackbird’ to be referring to an African American girl. That said, there are other, more romantic, interpretations that could also make sense. But we’re going with Paul’s own explanation.

We have other articles looking at lyrics by The Beatles. Learn about the meaning of Come Together here and the Hey Jude lyrics meaning here.

For another song with a racial theme from another famous band from that era, check out our analysis of the lyrics to Brown Sugar and their meaning. This Rolling Stone hit has generated far more controversy.