Elton John has released an insane number of hit songs.

In fact, over 50 of his songs have hit the Billboard Top 100 in the US and topped number 40 on the UK singles charts.

Amazingly, Tiny Dancer was not one of those hits.

It has become a monster hit in the years since, however.

In listening to it, you can’t help but wonder who the tiny dancer is?

Is the song based on a real person?

It turns out it is.

It tells the story of a trip Elton John took with is frequent collaborator Bernie Taupin and is based on a specific woman, and also a specific group of women.

Keep reading for an explanation. You will learn exactly who and what Elton is singing about in this song. We’ll also examine how it is possible that such a huge hit never made it onto the charts back in the day.

Tiny Dancer is the opening track on Elton John’s fourth studio album, Madman Across The Water. Even though he recorded it in four days and it is not particularly commercial, it is one of his best LPs.

The album came out in 1971, during a period of exacerbated hyperactivity of the genius at the piano. The Piano Man was growing with each album, and it was in those years that he forged all his charisma, style, and subsequent repercussion.

And all of that is still present to this day. In fact, Rocketman is a more than deserved biographical film about the musical myth that is Elton John.

And Tiny Dancer is one of his most famous, and most beloved, songs. Rolling Stone placed it at number 47 on their 2021 list of the 500 greatest songs of all time.

Jesus freaks
Out in the street
Handing tickets out for God

Turning back
She just laughs
The boulevard is not that bad

Piano man
He makes his stand
In the auditorium

But oh, how it feels so real
Lying here, with no one near
Only you and you can hear me
When I say softly, slowly

Oh, oh, how it feels so real
Lying here, with no one near
Only you, and you can hear me
When I say softly, slowly

As the title suggests, this song talks about a dancer. Bernie Taupin, the author of the lyrics, explained that the song talks about the first trip they made to California in the fall of 1970.

It was inspired by this first tour of the West Coast that the musician and the composer shared. The sun, the light, those girls they met walking through the streets of Sunset Boulevard.

Their goal in writing the song was to show the spirit that they found there. To give you an idea what that was, remember that a few months prior to their trip, what sociologists have called the summer of love had developed.

That is means the hippy universe and everything that entails: bell-bottoms, lace blouses, freedom. A complete contrast of what was happening in their day-to-day life in England.

Bernie Taupin also admits that the took certain literary licenses. For example, using the word tiny instead of small or little, simply because it was perhaps more appropriate to the term dancer.

Who Is The Tiny Dancer? 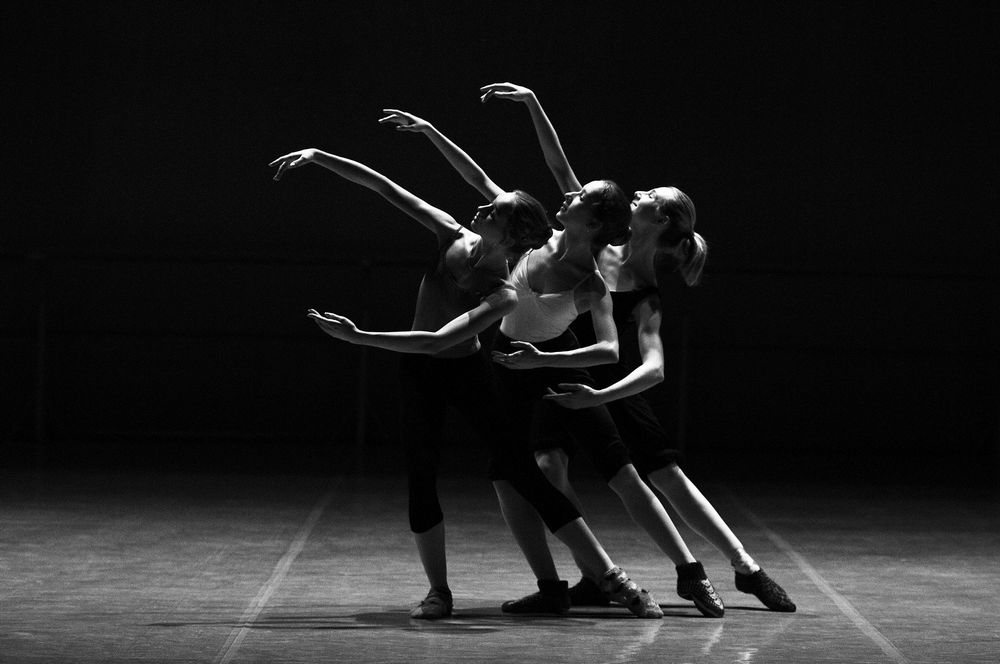 The lyrics to Tiny Dancer were written by frequent Elton John collaborator Bernie Taupin in the early 1970s and are primarily about one woman and also an entire group of women. The group are the women of California, and more specifically of Los Angeles.

The woman was Maxine Feibelman, whom Taupin married in 1971, with Elton John himself as his best man.

At the time this song was written, Taupin had recently moved from England to California. As mentioned, the contrast between these two places, specifically in regards to the women he encountered, was the inspiration behind this track.

For example, we can see that the song starts with Elton making a reference to an ‘L.A. lady’. He also mentions the Los Angeles setting in general, such as ‘Jesus freaks out on the street’ and ‘headlights on the highway’.

So, for example, when this ‘L.A. lady’ identifies as a ‘seamstress’ and someone who will ‘marry a musician’, that’s definitely at least partial acknowledgment to Maxine, who served as a seamstress for Elton John’s band and married Bernie Taupin, a music composer.

In fact, Feibelman was the inspiration for a number of collaborations between John and Taupin, as well as being credited with helping Elton develop some of his outlandish stage costumes.

In the booklet of the album in which this song appears, Madman Across the Water, there is a dedication in the credits of the song which says “With love to Maxine”.

In addition, on the album cover itself, on which the title and the author appear in handwritten capital letters, the chosen background is Texan fabric.

Taupin and Feibelman divorced in 1976, and she later tried to say that Tiny Dancer wasn’t about her. However, he had already stated in 1973, when their love was still strong, that the song is about Feibelman.

It is clear that the tiny dancer referred to in the song is both the average Los Angeles woman who entertained Elton and company, but also more specifically Maxine Feibelman.

The Story In The Song 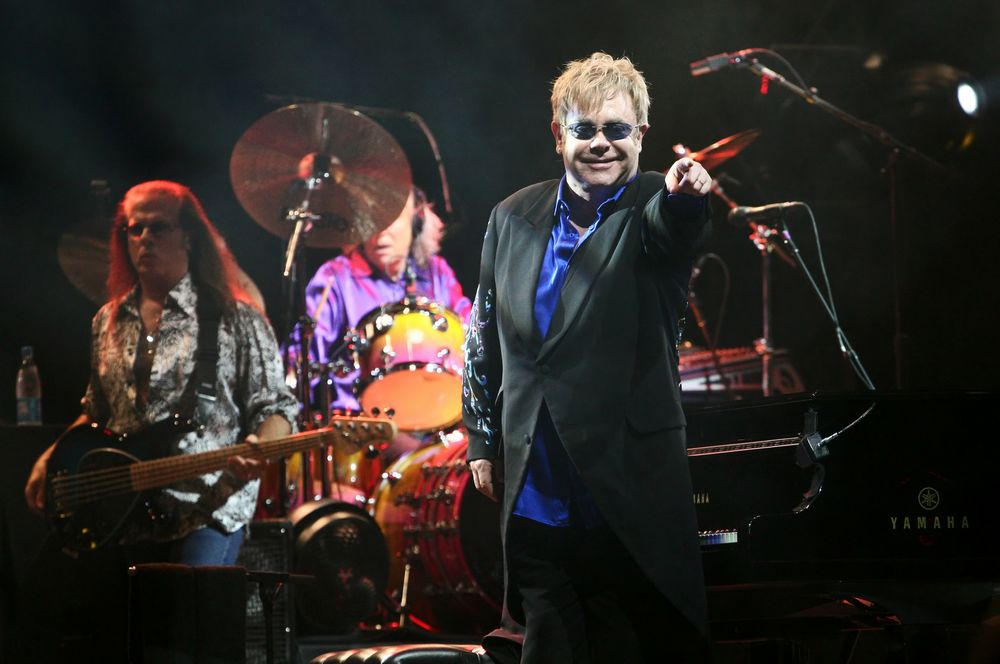 The song details a trip through Los Angeles, where the narrator meets a dancer and falls in love with her. He recounts the exciting experiences he had on the journey and is particularly excited to become this lady’s new lover.

John gives a vivid description of the woman as a pretty-eyed ballerina they met on their journey, who is expecting to marry a musician (Taupin, the composer).

He recalls the various events surrounding the trip, including meeting and ignoring street preachers along the way, singing and dancing to tunes, and finally sleeping after the long journey in linen sheets.

Throughout the song, the narrator shares his admiration for this new lover and asks her to hold him closer and lie down straight. He confesses that her love feels so real to him and all he wants is to be with her.

Why It Never Charted

If you pay attention, you’ll notice that the ending appears to be cut…in the purest 80’s style. The record company screwed this up big time.

The song has two differentiated parts, which are distributed in batches of two. First, the beginning and the middle part of the song, in which the piano and the calm are recurrent and do not catch the listener.

Then the second, in which the percussion and the violins give the song greater force, which wins many integers with the bridge and the chorus (from minute 2:34).

Tiny Dancer was not all that successful when first released, but it has since become known as one of Elton John‘s greatest hits. As mentioned, Rolling Stone magazine ranked it at number 47 of the 500 greatest songs of all time.

We already mentioned that the song has two very different parts. In addition, it incorporates novelties (as does the rest of the album) that John had not previously sued in his music.

Among them, are the enhanced string sound, with arrangements by Paul Buckmaster, who would also work with Leonard Cohen and The Rolling Stones.

The lyrics to Tiny Dancer talk about one woman in particular, as well as LA women in general. The song captures the feeling Elton and Bernie had on their first trip to the West Coast of the United States.

The Taupin John duo wrote numerous hits together. Perhaps the biggest was a song about an astronaut. And perhaps a few other things. Learn all about the Rocket Man lyrics meaning here.

Another, much younger, artist who is great at capturing the feeling of a moment is Taylor Swift. We did a similar deep dive into the lyrics and meaning of All Too Well, widely considered her masterpiece.

For another hugely famous song about a woman, albeit it one with a much more negative outcome, checkout our breakdown of the Billie Jean lyrics meaning.

And finally we have another song about two people in love, with the added twist that one of them is dead. Check out our article on the Little Talks lyrics meaning for more on that one.