You are here: Home / DJing 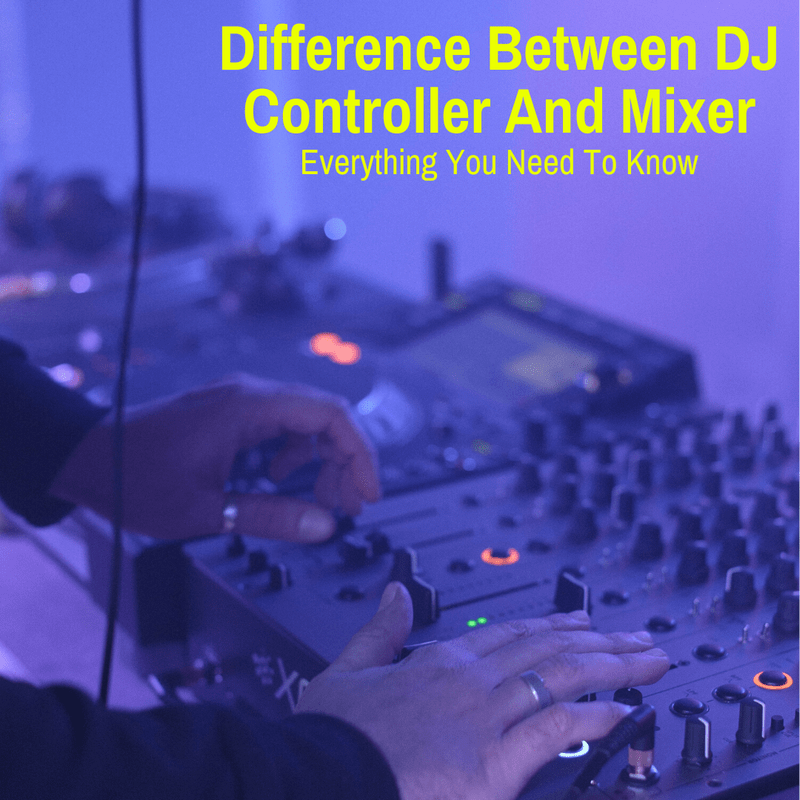 Is there even a difference between a DJ controller and a mixer?

I mean, both look similar and they perform similar functions.

Both take audio inputs, adjust them, mix them together, and send the resulting audio signal on its way to the speakers.

And the truth is: they are basically the same thing.

With one major difference.

The DJ controller performs every function the DJ mixer performs, but it also controls DJ software on a laptop.

With mixers, you generally get better sound quality for a lower price, so you pay for the added function of being able to control DJ software.

Then there are regular audio mixers. They are basically the same thing as a DJ mixer, except much larger.

They can take sound input from an entire band (and more) and mix them together, while a DJ mixer generally just combines the audio from two (or perhaps more) turntables or CDJs.

This was a pretty simplistic and not at all thorough explanation, so let’s take a closer look at each component and examine the differences and similarities between the two

We’ll also explain who should get a controller and who would be better off with a mixer.

As mentioned, we’ll begin by looking at both components individually, before examining the differences and similarities between the two. Then we will cover the advantages of each and help you figure out which one is right for you. 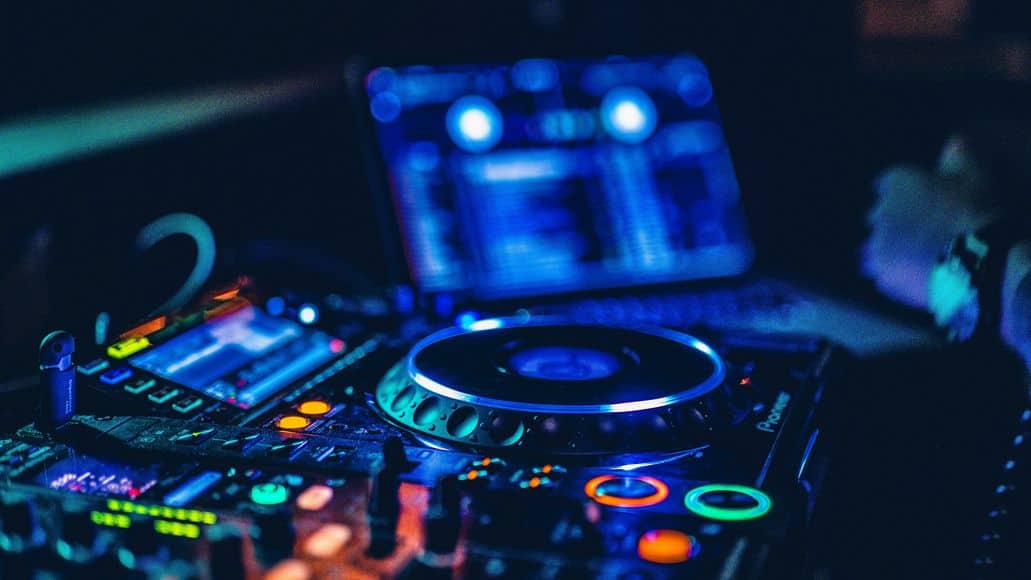 At first glance, a DJ controller can seem overwhelming. With so many different switches, buttons, knobs, and symbols representing everything music-related, it can be confusing.

Add to that the turntable-like platters on many models (the reason they are also called “digital turntables”) and the whole thing becomes even more daunting. But controllers really aren’t that complicated once you know exactly what they do and you get the hang of using them. If you know how to DJ on turntables, you can certainly use a controller.

You might think those massive controllers do a ton of work, like altering signals, music, and other sound effects that blast out of the sound systems they’re hooked up to. But that actually isn’t the case.

The reality is that these digital turntables primarily act as mixers. In a way they do all that other stuff as well, but not really. The real workhorse is software.

Although DJ controllers do control the audio, their buttons and knobs are mapped to settings in their accompanying DJ software on a laptop. All the adjustments happen on the laptop through the CPU and all the songs and sound effects are stored on the hard drive as well. 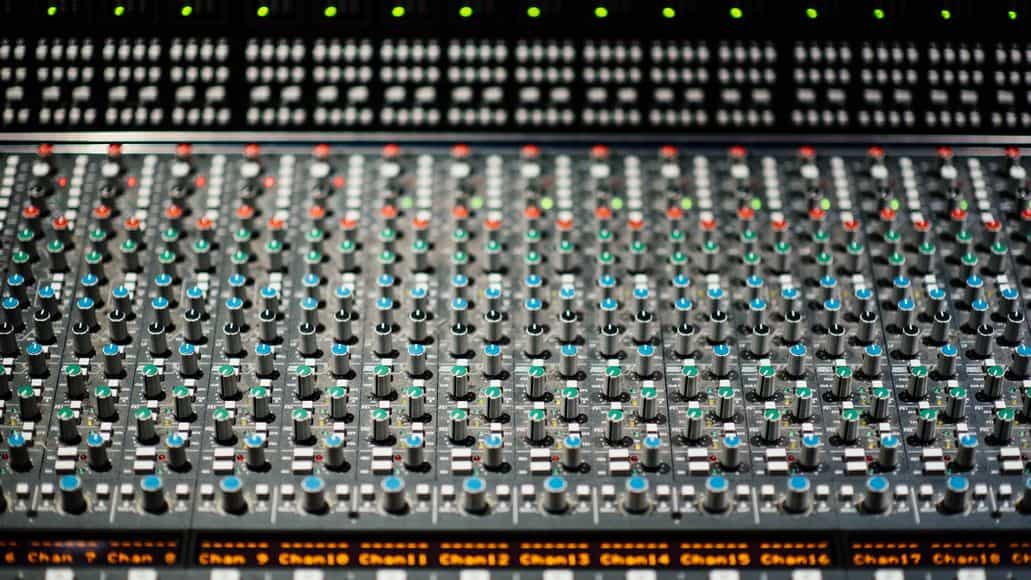 A mixer—specifically an audio mixer—does exactly what the name suggests. It takes various audio signals and blends them together (i.e. ‘mixes’ them) into a coherent experience for listeners.

Mixers need to adjust possibly imbalanced audio or make that audio appropriate for the current venue, be it a large stadium or a tiny club, indoors or out. Audio mixers have a whole array of different audio-adjusting effects and settings to use in order to achieve the perfect sound.

For example, they can equalize channels, pan sound from one side to the other, or adjust things like volume and dB one any channel independently, relative to the other channels, to achieve the desired effect of balanced or unbalanced sound.

If this sounds like a preamplifier to you, there is a reason for that. A mixer contains multiple preamps, one for each audio input.

A DJ mixer is generally used to mix audio from either two turntables or two CDJs. It is basically a smaller version of the larger mixers that you see in a recording studio or at a live event.

Difference Between DJ Controller And Mixer

DJ mixers and DJ controllers basically do the same thing. They receive separate audio signals and mix them together. They can also manipulate those signals in a number of ways.

The primary difference is that a DJ controller can handle all the same input signals as a mixer, but it can also be used to control DJ software on a laptop.

DJ controllers work in conjunction with DJ software to allow you to creatively manipulate one, or more, audio tracks. Mixers can also connect to a computer, but usually function without one. Mixers don’t generally allow you to impose drastic effects on the audio, like rewinding music, scratching, or adding sound effects—basically things a DJ might do to spice up an event. A controller can do these things, because of the DJ software it controls.

Both components take in audio, manipulate it, and send it on its way to the speakers. And both look extremely complicated to operate (and perhaps very cool to show off as you’re doing it). And they’re really not all that different.

People could easily mistake one for the other when comparing them visually, given all the complex-looking buttons and switches. Even someone with more knowledge might confuse the two devices, since both receive audio signals and enhance them, before sending them out to be enjoyed by the audience.

So does that mean you could get either one and use it for the same tasks?

To a certain degree. A controller can generally do everything a mixer can. But a mixer can not control DJ software like a controller. As such, controllers are more versatile, though many traditional DJs shun them and see them as little more than fancy toys.

Advantages Of A DJ Controller

DJ controllers are designed to be a part of a standard DJ setup. DJs need to manage a whole playlist of excitement-inducing party songs during an event. The DJ controller is the connection between the DJ and the music on the laptop.

Even if you’re not a DJ, if you manage music and you’re the center of attention (and the party), then a DJ controller is the best way to control literally the entire party.

This button-filled controller is what modern DJs use to customize the audience’s experience. DJ controllers are tools for artists, helping them better present their musical creations and artistry with unique (and live) twists/effects. They do this by controlling DJ software that can manipulate audio tracks in a multitude of ways.

The DJ controller enables a DJ to take their parties or events to a whole new level. It lets artists do what they do best—create and share their music and/or their chosen playlist of someone else’s music.

Advantages Of A Mixer A mixer does not creatively alter sound. Instead, it will balance, equalize, and perhaps slightly pan the audio to a favorable position for the audience.

There’s nothing overly technical to the process of mixing audio using a mixer. Professional audio mixers (the people who run mixers, not the component itself) are not DJs, but part of the stage crew for whomever is performing. DJs who use mixers do so to combine audio tracks from two (or more) separate sources, like two turntables.

In short, mixers are much easier to use than a DJ controller and that is one big advantage. The other is that you generally get much more quality for your money. Controllers cost a lot more for the same quality level.

Standard mixers are also much more effective in managing the audio for important events. Without any frills, a mixer simply helps ensure you get the best possible sound for a given event.

Audio mixers are the key to professional audio production. A mixer comes standard with any sound setup, be it a recording studio or a live performance. Sound quality is vital and that’s an area where a quality mixer generally stands far above the average controller.

As mentioned, the DJ controller performs the same function as a DJ mixer, but also functions as an extension of the computer software that plays a playlist of various audio files—plus perhaps some dramatic, attention-grabbing sound effects for the audience.

A standard audio mixer does more than just allow a DJ to mix together several tracks. It takes the sound signals from instruments and ensures they are all the correct volume, etc. so that they sound good in conjunction with one another. If you want to perform or record any type of music, you need an audio mixer.

Who Should Get A DJ Controller? 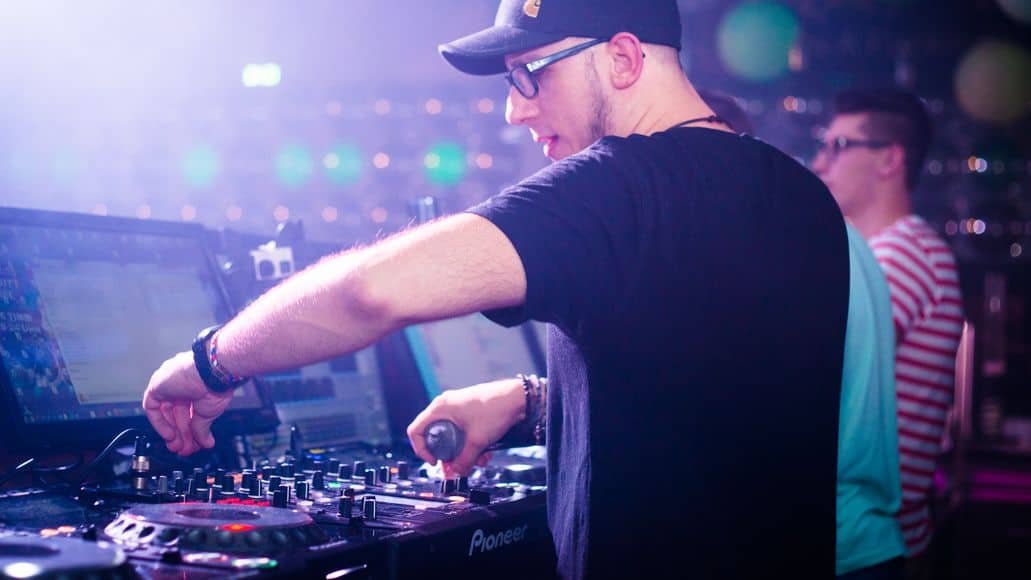 Performers who specialize in playing songs (literally digital audio files of any kind, but typically original music or remixes of songs) for an audience in any venue type would benefit from a proper DJ controller. At least if they use a laptop with DJ software. If not, they can just use a mixer.

Although most of the work done to the actual audio is performed by the computer, controllers give DJs a more intuitive way to control the software. For example, instead of moving forward or backward in a track using a computer mouse, the DJ can use the turntables on the controller.

DJ controllers are the most important tool (besides the laptop and software) in any modern DJ’s arsenal. Most couldn’t even imagine performing without one. Not only do they give a DJ full control (and more intuitive control) over the various software functions, but they also make DJing more enjoyable.

And they make it more enjoyable for both the DJ and the audience.

No one wants to watch a DJ click a mouse. But they love seeing him or her manipulate the turntables. They, and the DJ too, also love it when they DJ gets into the performance. They want to see the DJ dancing along with the crowd as they mix and alter songs. This would not be possible if they had to do everything on the computer.

That is why the DJ controller has become such a staple of the modern DJ’s set up, which includes a laptop with DJ software, the controller, and headphones.

Any DJ who does not use turntables or CDJs exclusively needs to get a DJ controller. You can’t have a serious DJ career just working from your laptop.

Who Should Get A Mixer?

Mixers sound boring compared to DJ controllers, and I suppose they are to some people. But they are more important, at least if we are talking about a standard audio mixer.

If you are going to record music or perform music live, you need a mixer. That said, many venues already have mixers and the same goes for recording studios. This means that you do not necessarily need to buy your own, as long as you have access to a mixer that you can use.

If you are a DJ, you definitely need either a mixer or a controller. If you do not use a laptop, then you need a mixer. There is no point in paying more for a controller, if you are not going to use it to control DJ software. In that case, it would just be an overpriced (and lower quality) mixer, so why not get an actual mixer instead?

In essence, the two components perform the same function. The main difference is that a controller can also control software.

This means that if you use a laptop to DJ, you need a DJ controller. But if you do not use a laptop, there is no reason to pay more for one. A mixer gives you better sound quality for less money.